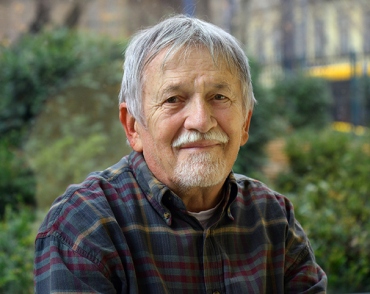 was born in Szajla, a village in north-eastern Hungary in 1943. Oravecz is a major poet and writer. He has been awarded a number of prestigious prizes, including the Kossuth Prize (2003), the Artisjus Prize (2008), the Prima (2015) and the Aegon Prize (2016). Oravecz started publishing poetry in 1962. From the 1960s until the regime change, he defected from communist Hungary to Western Europe and to the US several times. Since 1995, he has been a lecturer at the Péter Pázmány Catholic University, teaching German literature and Native American culture. His latest novels published by Magvető are a trilogy about the disintegration of the Hungarian village.

The Ditch of Ondrok
California Quail
The Ol’ Country