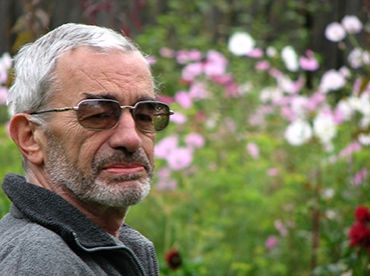 was born in Kolozsvár (today Cluj, Romania) in 1936. He was convicted as a political criminal at the age of 16, and spent the years 1952–54 in prison. His first book (The Witness) was published in 1969 in Romania, while in Hungary his debut piece was a collection of short stories entitled A High Mountain Pass (1980). He has been living in Hungary since the early 1980s; for a time, he was editor at Magvető Publishing. In the 1990s he became familiar to the wider reading public after the publication of his novels Sinistra Zone (1992), The Visit of the Archbishop (1999), the most comprehensive collection of his short stories to date, Back to the Long-eared Owl (1997), as well as a confessional, autobiographical piece which was eventually given an interview form (The Smell of Prison, 2000). Bodor’s books have been published in more than twenty languages. Several of his works were made into films, including Zoltán Kamondi’s Dolina, based on The Visit of the Archbishop.