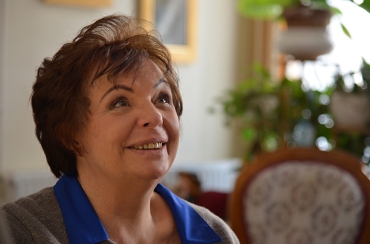 An eminent writer and poet, Rakovszky was born in 1950 in Sopron. She had already been well known as one of the best poets of her generation when she wrote her first novel, A kígyó árnyéka (Shadow of a Serpent, 2002), a passionate story of a woman set in the 17th century, which immediately won the Book of the Year Prize. Shadow of a Serpent has been translated into German, Dutch, Italian and Bulgarian. This was followed by A hullócsillag éve (Year of the Falling Star, 2005), taking place in Hungary in the 1950s (translated into Italian); VS (2011), a novel about a 19th century journalist and poet, a woman who lived her life as a man (translated into French, Turkish, Italian and Bulgarian); and several short story collections. Rakovszky has been awarded a number of prestigious prizes, including the Attila József Prize (1988), the Sándor Márai Prize (2003), the AEGON Prize (2007), and the Kossuth Prize (2010).